×
In this twin-stick shooter the evil space rats locked you up in their space arena and your only hope is to fight as many waves as possible. Help your Spacecat to survive with the help of several perks and powerups. Did you ever want to have a cat dressed as a unicorn on top of a burrito shooting explosive and chain-lightning lasers at evil rodents? Then this just might be your game! 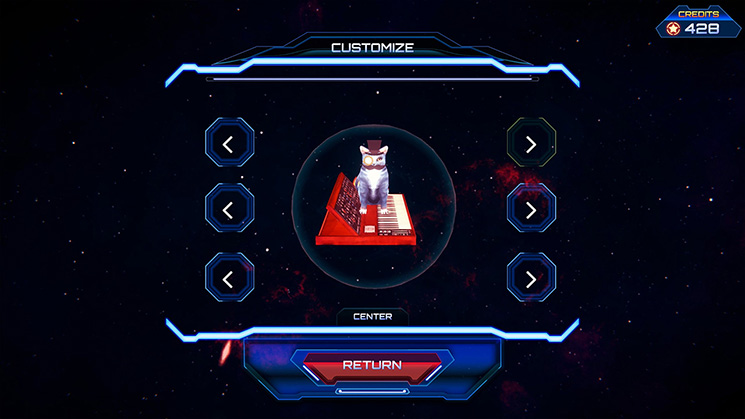 Spacecats with Lasers is the ultimate combat experience in the meowverse! Fight the evil spacerats in this frenetic wave-shooter and aim to defeat the pug king!To be the ultimate Spacecat survivor you’ll have at your disposal several perks and power-ups. We believe that being fashionable is just as important, so you’ll be able to customize your cat with different items that can be unlocked along the way.Spacecats with Lasers features different difficulties so, no matter if you’re just looking for a good time or a nerve wracking bullet hell, we got you covered!.